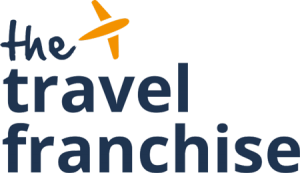 HOME-WORKING AGENCY OF THE YEAR

Janet is flying high and received her franchise fee back in full after just nine months.

They say when one door closes another opens, and this is certainly true for franchisee Janet Lacey. After being made redundant from her marketing role for a large pharmaceutical company, she decided that now was the time to fly free and run her own business. “I quickly decided that I didn’t want to go back to being employed by someone,” she said. “I wanted to break out and be my own boss – but equally I needed it to pay a reasonable income pretty quickly as I was the main breadwinner at that time.”

She decided that franchising was less of a risk and a more attractive prospect than setting up her own business from scratch. Initially, travel wasn’t in the forefront of Janet’s mind and she looked at a variety of different options. But it was the wide variety of benefits offered by The Travel Franchise that sealed the deal.

“It was better value than many other franchises I looked at,” she said. “And the Money Back Challenge was certainly appealing!” she said.

So, she took the plunge – and hasn’t looked back since.

How the training has been ‘invaluable’

Eager to start earning money immediately, Janet admits that the training has been invaluable. “The initial training was fantastic – in as much as it set you up to be able to sell holidays straight away,” she said. “I also leveraged all my previous marketing, sales knowledge and training in order to hit the ground running. Going on the Millionaires’ Retreat early on in my training really helped me to put it all together and to start to drive momentum.”

Janet also cites the on-going support from head office, and in particular her Personal Travel Coaches Ben and Toni, as being pivotal in her success: “They are incredibly supportive and instrumental in helping me drive forward quickly, allowing me to bounce ideas off them and sharing their experiences freely.”

How has Janet made her business a success?

So, how has Janet made her business such a success? It’s all to do with research and networking. Failure was not an option for Janet, and she went into things with her ‘eyes wide open’. She spoke to other franchisees before signing up and undertook lots of research.

Janet has been in business for just nine months and has already made a huge success of her business, she has hit her sales target and has qualified for the ‘Money Back Challenge’ which means she will earn her entire franchise fee back in full. This is one of the biggest incentives for all new franchisees as essentially it means that you can generate a highly successful business – completely for free.

“I fully intended to achieve the Money Back Challenge from the start – although nothing is guaranteed of course,” she said. “I quickly achieved Bronze, then Silver, then Gold, then Platinum most recently – tracking sales and commission using a coloured thermometer I pinned above my desk on the wall. “I always knew where I was at what point. At first selling more holidays was the objective, but more recently it’s been much more about getting quality bookings of a significant value by more carefully targeting my ideal clients. So, my average booking value over the most recent 10 bookings I’ve made is close to £7,000, which really helps. My percentage commission achieved has also increased as I have become more confident about not discounting!”

What are the things Janet loves about running her own business?

What’s next for Janet? She fully intends to elevate her business to the next level and undertake more ‘robust planning’, which will be essential as she looks to take advantage of the pivotal peaks booking period.

There are many things that Janet loves about running her own business. “It’s the best thing I’ve done for a long time,” she said. “

The freedom to build and grow my own business, to know that what I’ve built is down to my own hard work, to be proud of that and not to have anyone stealing my work as their own (as happened in the corporate world often), have all been liberating.

“I love being able to write and manage my own social media channels without having to seek multiple approvals from random people across the world and seeing (and hearing) how people respond.

“I love people telling me how great their holiday was, and knowing that’s down to me, the suppliers I choose, and the fabulous concierge team who I have recently taken on.”

Plus, running her own travel business gives Janet the freedom she’s looking for. Not only can she be there when her teenager needs a lift somewhere, she can work wherever she wants (as long as there is an internet signal) and has the full backing of head office.

What advice would Janet give to someone who is considering taking on a travel franchise? “Go into it with your eyes wide open, and don’t expect it to be easy. You can build a very successful business quickly – but you have to work hard to do so. You have to be organised, and to listen and learn from everyone already involved in the business. I ‘steal’ ideas from everyone I meet (you have been warned), but equally I give back by sharing my successes with people who ask!

“I also highly recommend that you start networking quickly – it really is a great way to grow your business – as long as you give to the process as well (general rule – give more than you take).”

Do you want to have the chance to earn your franchise fee back? Start your journey today by taking our tour. 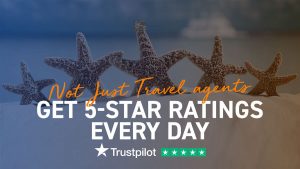 Not Just Travel agents get 5-star ratings every day 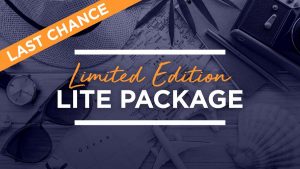 Your last chance to get the Limited Edition Lite package 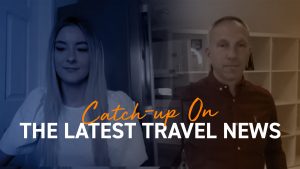 Catch-up On The Latest Travel News 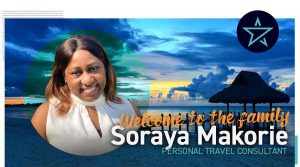 Welcome To The Family Soraya Makorie 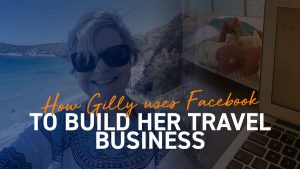 How Gilly Uses Facebook To Build Her Travel Business 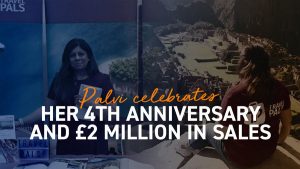 Palvi celebrates her 4th anniversary and £2 million in sales

Would you love to start a dream travel business from home?

Our friendly team are on live chat

Stay in touch with the latest updates

The Money Back Challenge Is Ending Soon