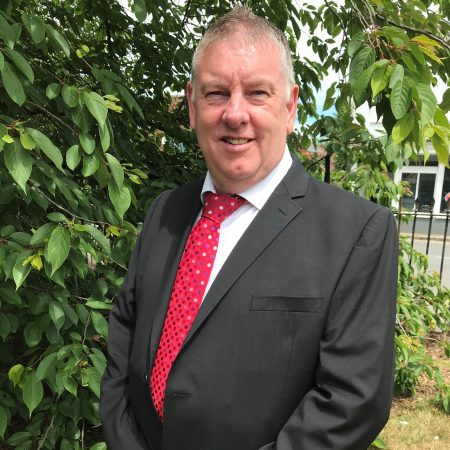 Colman Coyne has been a franchisee since September 2013, and we caught up with him recently to find out how he’s getting on. Colman started his journey as a regular franchisee, but quickly went on to become one of our Personal Travel Coaches. He now supports new franchisees as they start their own journey with The Travel Franchise.

Colman hasn’t always worked in travel. He is a former Detective Sargent with the West Yorkshire Police, and as his time in the force was coming to an end, he started to consider what other career choices were out there.

“The Travel business was an attractive proposition”

With a passion for travel and a penchant for organising things, Colman thought that the travel business could be the ideal path for him. “I did a lot of research, looking at all the travel businesses out there. I was attracted to a franchise as I didn’t want to start a business from scratch” says Colman.

Franchising was an appealing route for him to explore the travel industry, as it comes with all the systems and procedures in place, such as ABTA and ATOL protection. The Travel Franchise caught his eye as a company that was “fresh and new and forward-thinking”, and with all the support we offer, Colman felt it was the perfect choice for his new business venture.

Colman initially started his business part-time while he continued working for West Yorkshire Police, but as his Not Just Travel business quickly became more and more successful, he eventually made the decision to retire four years earlier than intended and he says he’s not looked back since!

“Life has changed beyond recognition since my days in the police” says Colman, and for that he thanks the ongoing support and training provided by The Travel Franchise.

He now passes down his wisdom by supporting new franchisees as a Personal Travel Coach and mentor. He knows what it’s like to be new, and how scary it can be, and feels his new role only enriches his experience as a Travel Consultant.

He says, “I was invited by Paul and Steve to become a Travel Partner and it’s a role I really enjoy. We are the first line of support for franchisees and keep in regular contact with them, particularly in the early days”.

“I love being my own boss”

Coleman loves having a high level of involvement in the business, and especially loves being his own boss. Being able to work from anywhere, Colman and his wife have managed to spend much more time together, and take a four-week holiday to Australia, all while still securing bookings.

Since joining The Travel Franchise, he has also been lucky enough to visit the USA, Barbados, Barcelona, Thailand and Greece as part of educational trips with the business. Colman hopes to introduce his wife to the business, so they can work together towards an even brighter future!

When asked what advice he would give to anyone thinking of becoming a franchisee, Colman said “I would definitely recommend The Travel Franchise, the brand is now well established, and the support provided to franchisees is second to none.”

Want to find out more about life at The Travel Franchise?

If you found Colman’s story inspiring, but you still have more questions about starting your own travel business, then you can find out more by visiting our Discovery Site or give us a call on 0800 084 8128. Go to Discovery Site