Skip to content
Who wants to go on a FREE mentorship retreat? 🙋‍♂️ Learn how to join 100 of our travel consultants in Cyprus this Summer. Click here 👈 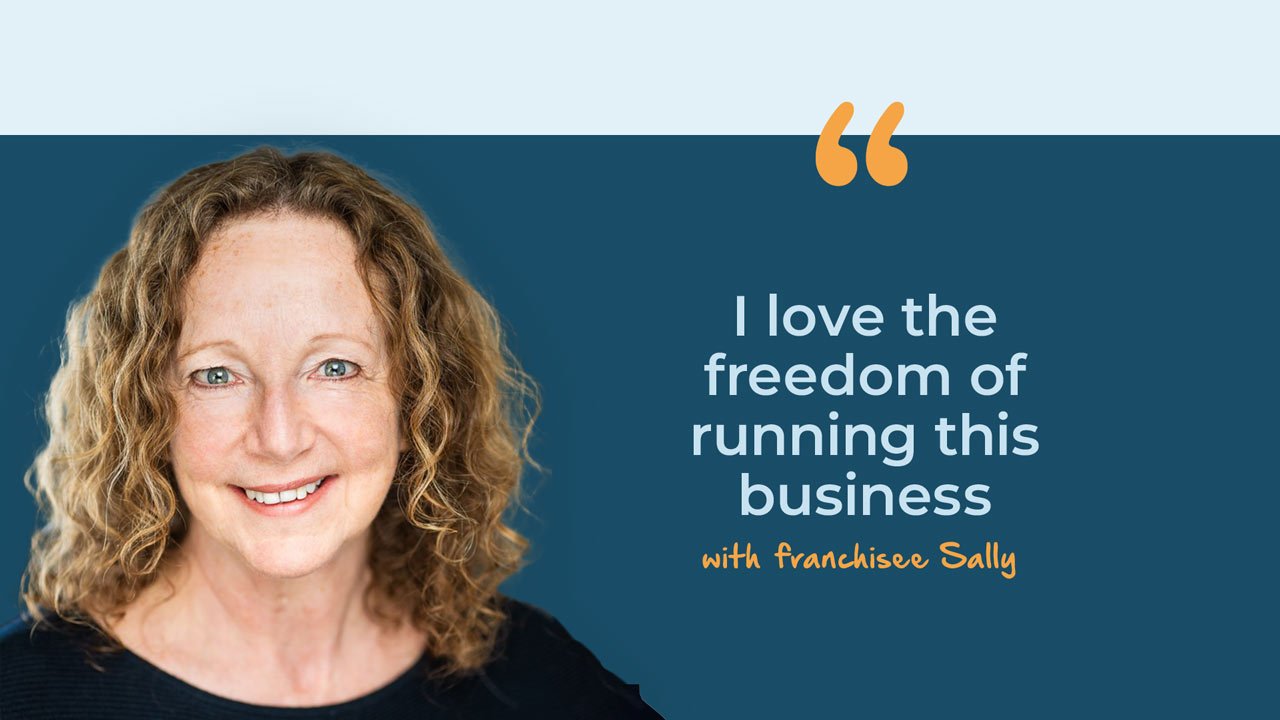 Despite the cost-of-living crisis, the travel industry remains buoyant with many of our consultants breaking sales’ records and taking big bookings ahead of the ‘Peaks’ January-to-March season, when travel agents typically take more bookings than any other time of the year.

Take Sally Bosman, for example, who sold over £100,000 worth of holidays in October alone, planning exotic trips for just two of her clients.

A former IT specialist, Sally wasn’t ready to retire when her 25-year contract with a Norwegian marine paint company was coming to an end, in the midst of the pandemic.

As she found her IT career a little dull, she wanted to retrain in something that would offer more job satisfaction.

“I couldn’t think of anything more boring than to stay in IT,” says Sally, who wanted to continue to be her own boss, choose her own hours and ultimately work in an exciting industry.

Travel came to the forefront of her mind as Sally was accustomed to arranging holidays for her extended family which includes six children.

“Holidays had to be organised with military precision and, as I’ve also travelled for most of my 35-year career, it dawned on me one day that this was what I wanted to do.”

Watch this clip to learn more about Sally’s switch to travel.

Sally found sitting behind a computer as an IT consultant quite lonely. Now she chats to customers frequently, but she also enjoys the fact that the job is flexible, allowing her to spend time with her grandchildren and pursue her hobby, acting in her local theatre company.

Like most people buying a franchise for the first time, Sally researched all the potential options.

She was drawn to The Travel Franchise when she discovered it did not demand consultants to work full time and that it was also connected to Hays, a well-known trusted travel brand with £2 billion buying power.

“The one thing that kept drawing me back to The Travel Franchise was brand awareness – its relationship with Hays. It’s such a well-known brand that I know and I trust.”

Although the pandemic meant her business started off slowly when she joined in the autumn of 2020, Sally said it gave her time to learn about the industry and suppliers.

“Once the world opened up I joined network groups, talked to people in supermarket queues, and did a lot on Facebook which became my shop window and generated a profile.”

An avid skier who heads to the slopes around three times a year, Sally has become established in the luxury ski market, as well as more complex long-haul itineraries which she says she enjoys thanks to her years of IT project management.

Her biggest booking so far involved a family group booking worth £94k and a £45k holiday for a family going to Las Vegas and Mexico, both for significant birthday celebrations.

Sally explains more in this clip.

Most of her bookings now come via recommendations, repeat bookings and her local theatre group.

Many new clients are keen to book with her when they realise that using a travel agent does not cost them anything but adds value in terms of protection should anything go wrong.

“Many customers talk about the fear of what happened during Covid and once they understand that having a travel agent isn’t something you pay for, they are really keen to use a service that ultimately provides a 24/7 lifeline.”

The support has been really important

Sally was herself impressed with the support she has had from The Travel Franchise and its customer-facing brand, Not Just Travel.

She appreciates the help she gets from the company’s Business Development Managers and co-founders Steve and Paul, with whom she spent time with on an Elite Retreat in Mauritius, a luxury trip abroad with time devoted to workshops and business advice.

“Steve and Paul are so approachable and hands on and that’s important to me as a business owner.

I also had lots of fun in Mauritius learning about all the luxury Beachcomber properties and getting to know other travel consultants. We now have a WhatsApp group where we help each other and share knowledge.”

Sally has also signed up for the optional Cruise Mastery Programme, a 12-month course where consultants become experts in selling cruise holidays.

In addition to online webinars, agents get the chance to attend a Seminar at Sea, a luxury cruise with onboard workshops.

“I joined the first Seminar at Sea onboard the luxury Norwegian Cruise Line Norwegian Prima. I learned an awful lot and am currently working on a cross-sell to a cruise for a big group of over 20 people.”

The clients had initially wanted an incentive trip to Bournemouth but Sally suggested a three-night cruise from Southampton.

Learn more about the Seminar at Sea in the quick video below.

“The support we get at NJT is fabulous,” says Sally, whose advice to other people on the franchise fence is to “just do it”.

“Having been self-employed since 1996, I thought I might be unemployable. I love the fact that with The Travel Franchise I can keep running my own business with the freedom to pick it up and put it down so that I can spend time with my family.

When I was on holiday in Corfu I used to get up early and sit by the pool working – that is the joy of the job. You can take it with you wherever you go.”

And Sally has. In the summer she spent weeks in Cornwall acting in a play and yet her business is still booming.

Watch her advice on what to do if you’re thinking about getting started.

Want to find out more details about joining The Travel Franchise? Watch our Discovery Tour. 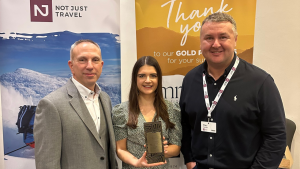 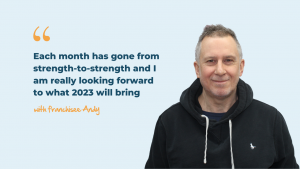 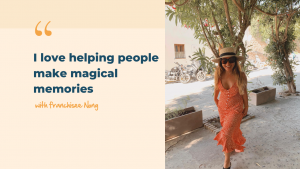