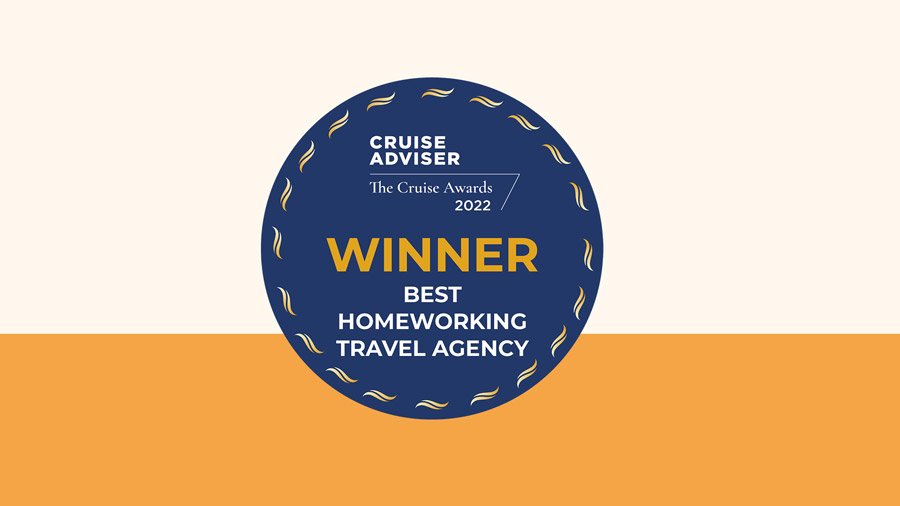 We need a bigger trophy cabinet…. Because we’ve just been voted Best Homeworking Agency at the Cruise Awards from Cruise Adviser.

In recent months alone we’ve been voted Homeworking Agency of the Year and Sustainability Champion of the Year. Co-founders Paul & Steve have been nominated in multiple entrepreneurship awards (including the Great British Entrepreneur and British Business Excellence awards). And franchisee Rachael won top place at the Great British Franchisee Awards.

And, just announced at a glittering awards ceremony on The Cutty Sark, we took home yet another top place.

The judges, members of the CLIA (the world’s largest cruise trade industry association) said how they were impressed by Not Just Travel’s significant investment in people, technology and events during the pandemic, that led to a four-fold increase in cruise sales from pre-pandemic level.

Judges were also impressed by Not Just Travel’s continuous innovation and the new initiatives it has implemented over the past year which increased the number of repeat customers from 20% to 60%.

“Not Just Travel are clear winners in their category. Judges told us they were highly impressed by the number of key initiatives Not Just Travel implemented to grow cruising. These include its travel podcast, its in-person events and the way it utilised PR channels to capitalise on the demand for seacations, converting them into long-term repeat cruise bookers.”

Winning these awards is something that we’re proud of, as it recognises the hard work put in by our franchisees and head office team. Cruise is a booming sector in the travel industry, so it’s a real achievement to beat such stiff competition.

That includes bookings as varied as a £40k cruise to see polar bears in the Arctic and numerous six-figure luxury sales.

But standing out has to be the amazing £1million booking by consultant Mo, just 3 months after starting his business. His customers will be travelling in 2023 on the luxurious Norwegian Gem cruise ship. The trip is starting in Athens, then sailing to Bodrum, Crete, Paros, Rhodes, Mykonos, and Santorini.

The big news is, we’re just getting started

We never stand still at The Travel Franchise. While winning these awards is something we’re very proud of, we know it’s just the beginning of greater success.

And that starts with over 200 of our travel consultants – plus head office team members – who are just about to finish their time onboard the very first Seminar at Sea.

It was an exclusive mentorship week, set onboard the brand new luxury NCL Prima during its third ever sailing. Consultants immersed themselves in cruise training as well as continuing business growth training.

This is all part of a brand new Cruise Division that will help franchisees become even better at selling the product.

Consultants that opt to be part of the cruise division will also get access to a host of technology and collateral. That includes a new customisable cruise website, as well as a range of cruise specific tools and marketing materials.

“Once again, we’ve beaten off stiff competition to prove ourselves the best in business. Our consultants show they provide the ultimate expertise and customer service in this lucrative, but complex market. Our total cruise sales this year has already beaten the entirety of last year’s.

But we’re not stopping there. We have launched our new Cruise Division to boost franchisees’ sales in the market. We are now launching our Cruise Mastery training programme, which takes our already-expert travel consultants and immerses them in intensive cruise-specific training to become industry Masters.”

Find out how you could be onboard with your own travel business from home. Watch our video tour now. Shortlisted as Champions of Sustainability in the Travolution Awards 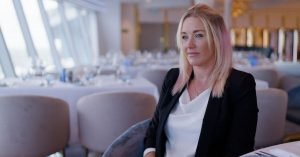 Meet Gemma, the latest award winning specialist who’ll be on your team 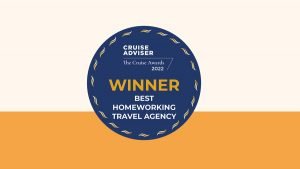